A few crazy things have been happening in the world, and it effects us all.

I am feeling very lucky that I am safe and sound while others in Paris, Beirut, and additional parts of the planet are forced to endure unstable conditions.  A few days after the terrorist attacks in Paris, I was bound for the city of lights to attend an art opening for the exhibition "Gaia" - a fantastic show in conjunction with the COP21 summit on climate change. Unfortunately, it was postponed due to the turmoil at hand. I decided to fly to Paris anyway, and met up with Curator Julia Rajacic, as well as other artists in the exhibition. The more I discussed the current state of the city with the them, I learned that the people of Paris are compassionate and strong. They are determined to keep their freedom and to spread unity in their communities.
I stayed for that whole week and immersed myself into their world as much as possible. Paris is a unique and special city, with people who are responsible for making it that way. Here is an article on a project I created while there, written in the Florentine - the English speaking newspaper here in Florence. It is called "An Ankh For Paris" and I will post more photos of the making of it soon. 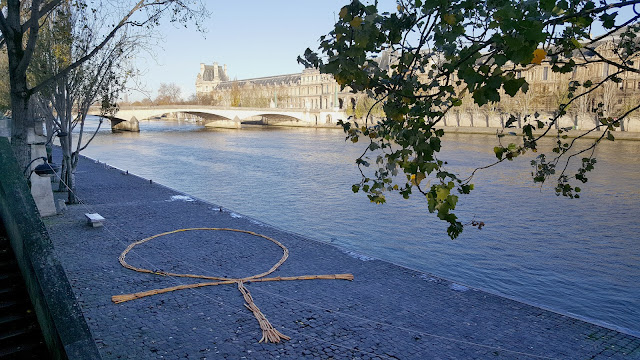 Clatsup County Arts Summit/ Pop Up Exhibition in Gearhart, OR

Hey it is already November! Crazy. This fall was spent in the french countryside at my studio, converting my old barn into a woodworking s... 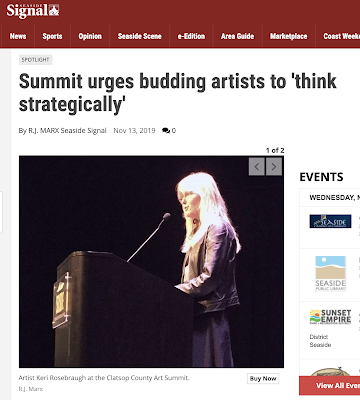 A bit of background.....
Rosebraugh attained her MFA in Studio Arts at Studio Arts College International in Florence, Italy. She currently lives and works in Los Angeles, CA and Marnay Sur Seine, France. In January 2016, her work was accepted into 3 month long group exhibitions in City Hall, in Paris, France in conjunction with the International Summit on Climate Change. Rosebraugh’s artwork is part of the Permanent Collection of the Museo de Arte Contemporanea di Florina, in Greece, and she recently had two solo exhibitions and artist lectures in the spring of 2016: the Cartavetra Gallery in Florence, Italy, and the Neutra Institute Museum in LA, CA. In October 2016, her work was included into the Natural History/State Darwin Museum in Moscow, Russia for an exhibition on ecology titled “Now&After.” Her artist residencies have included a 3 week expedition sailing the Arctic Circle in 2015, 2 weeks creating work based on the importance of water at the Scuola Internazionale di Grafica in Venice, Italy, and last September and October she continued her series titled Water Portraits in a 2 month residency at the Camac Foundation in Marnay Sur Seine, France.