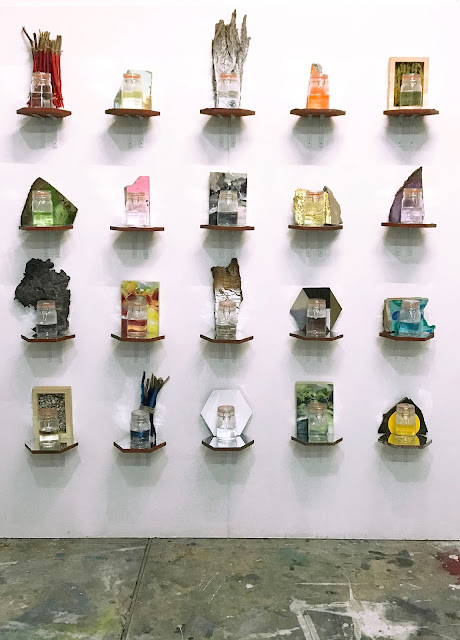 In 1979, Japanese researcher Masaru Emoto claimed that the human consciousness has an affect on the molecular structure of water. His experiments consisted of exposing water in glasses to different words, thoughts or music, and then freezing and examining the aesthetic properties of the resulting crystals with microscopic photography. Emoto made the claim that water exposed to positive speech and thoughts result in visually "pleasing" crystals being formed, and that negative intention yields "ugly" crystal formations.

The installation seen in the previous post (October 2017) takes Emoto’s research further by exposing water from the River Seine to various colors and patterns painted on found objects from Marnay Sur Seine, France. After fifteen days of exposure, the water crystals were examined to see if certain colors influenced the structures, negatively or positively. Five out of twenty samples of water resulted in specific changes related to their surroundings. None were negative or positive - instead, their molecular structures began to mimic the shapes of the found objects by which they were influenced.

These outcomes question Emoto’s preconceived ideas on the definition of “pleasing” and “ugly.” We live in a fragile world today where the importance of emphasis on how we interact with each other and our environment far outweigh traditional sterotypes of perfection and symmetry. These results support Emoto’s theory that water does have memory and makes an imprint of outside influences, inciting a dialogue discussing the possibilities of how our thoughts and actions directly
affect nature.

Naturalist John Muir stated, “The rivers flow not past us, but through us.” If humans are made up of sixty to seventy percent water, then water is at the very core of our being. Consequently, it is pertinent to consider what our bodies are absorbing from our current surroundings and how this contributes to our overall wellbeing in a future unknown. 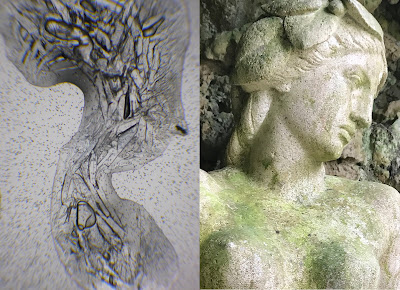 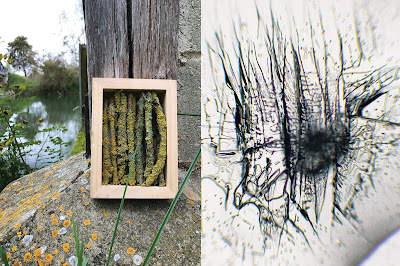 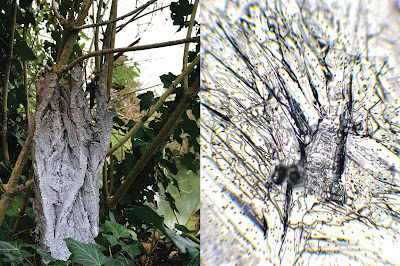 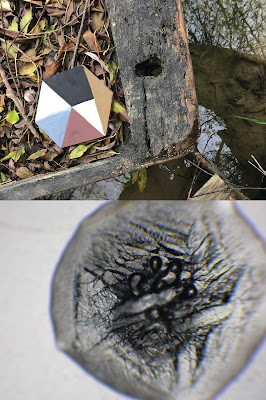 The sculpture installed at the Sweet Shop Gearhart titled Trantler is based on combining two predominant elements in Gearhart: the wild elk... 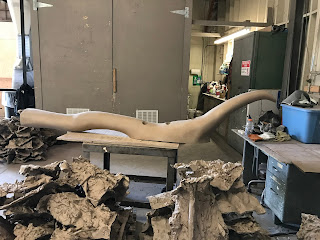 A bit of background.....
Rosebraugh attained her MFA in Studio Arts at Studio Arts College International in Florence, Italy. She currently lives and works in Los Angeles, CA and Marnay Sur Seine, France. In 2016, her work was accepted into 3 group exhibitions in City Hall, in Paris, France in conjunction with the International Summit on Climate Change. Rosebraugh’s artwork is part of the Permanent Collection of the Museo de Arte Contemporanea di Florina, in Greece. In October 2016, her work was included into the Natural History/State Darwin Museum in Moscow, Russia for an exhibition on ecology titled “Now&After.” Her artist residencies have included a 3 week expedition sailing the Arctic Circle in 2015, a residency creating work based on the importance of water at the Scuola Internazionale di Grafica in Venice, Italy, and a 2 month stay at the Camac Foundation in Marnay Sur Seine, France. Her work is currently published in the 2018 special issue of ACCESS Cultural Platform magazine, highlighting young artists of the year in contemporary arts.